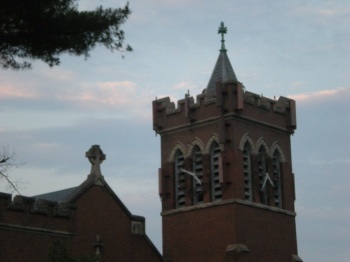 Tower Genius is the leading cell tower lease consulting firm and cell tower transactional coaching firm serving property owners and landlords in the United States. We are carrier-neutral (which means we don't receive any form of compensation from any of them) and have vast experience working both for and with cellular carriers and tower management companies. We have worked in-house employed by cellular carriers and have subcontracted for them earlier in our careers. We have leased cell sites and built entire wireless networks and currently manage and own cell tower sites earlier in our careers as well. We understand the intricate ins and outs of the wireless leasing  industry and provide cell tower lease consulting and coaching services for property owners of newly proposed towers, rooftop installations or existing cellular towers requiring lease renewals. We can provide the cell tower lease consulting and coaching expertise you need when dealing with the carriers and tower companies. 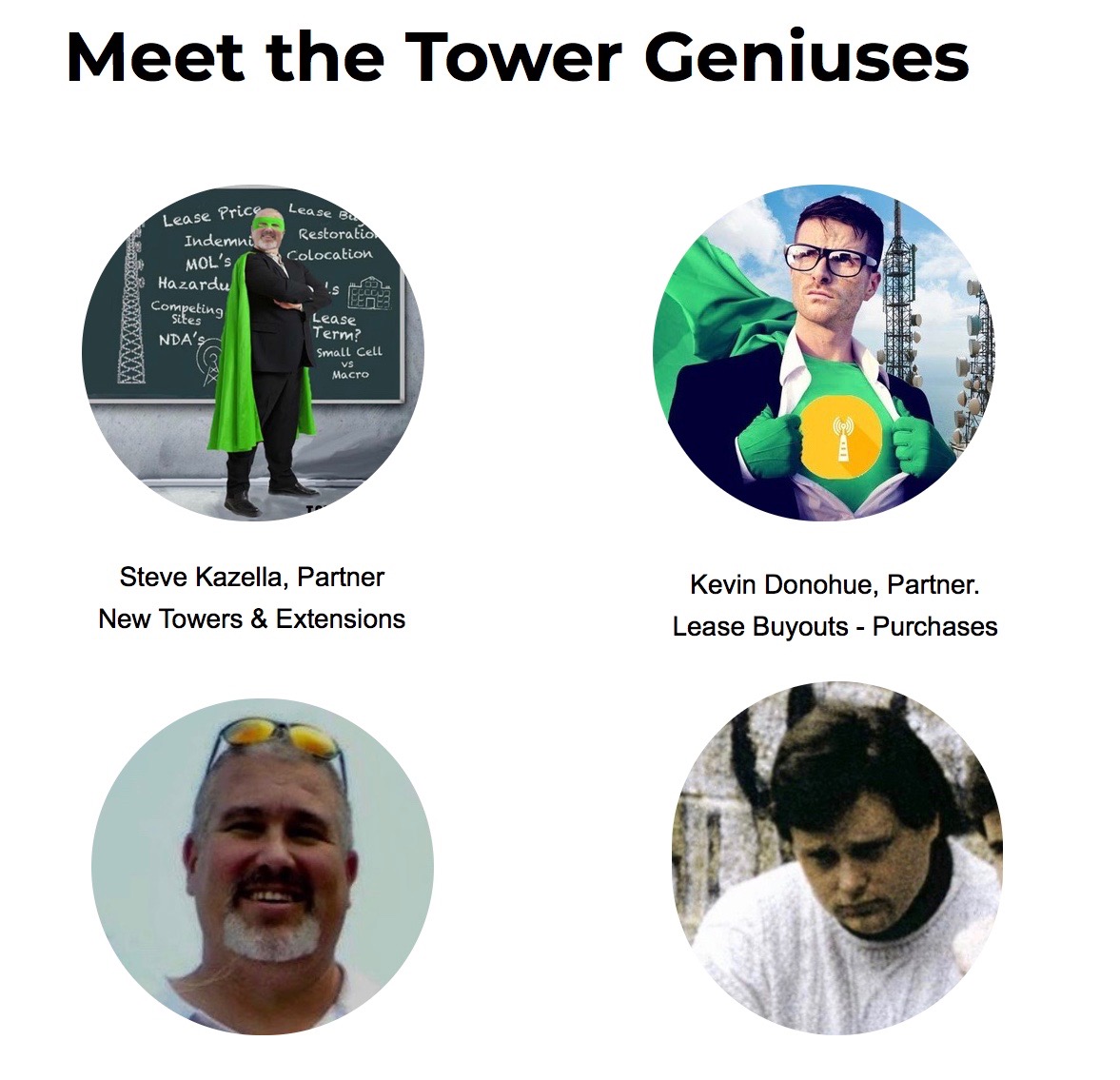 The Partners of Tower Genius, Kevin Donohue and Steve Kazella have been providing cell tower lease consulting and coaching services for landlords and property owners exclusively now for over fourteen years.

Our Partners, Kevin Donohue and Steve Kazella have 50+ years combined wireless development and cell tower lease consulting experience.  Our Partners have been involved in one way or another with cell tower leases since the inception of wireless industry. 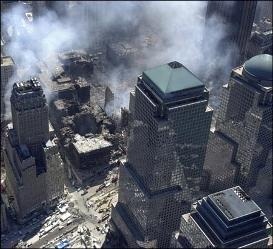 Tower Genius' owners spearheaded the deployment of 36 portable cellular sites (COWS = cell on wheels) by September 14th , 2001. We were also responsible for coordinating temporary power and the telco microwave backhaul needed to run all existing temporary cell sites in Downtown Manhattan. Our pro-bono services provided FEMA and the all NYC assets, Federal Agencies and Emergency Responders an essential communication system during this unprecedented time in American history.

As thought leaders in the cellular development industry, our Partners have often been quoted in major media outlets, namely The Wall Street Journal, The New York Times, Cranes New York Business, The Journal News, The Star Ledger and in various Trade Publications, and are regularly hired by Wall Street hedge fund managers who seek our advice before making investment decisions in the wireless  telecommunications industry. (SEE MEDIA LIST BELOW.)

As cell tower lease consulting advocates, we have also spoken out on behalf of countless wireless  landlords in the face of shameless "lease optimization" and "rental guarantee" cellular consulting firms. Tower Genius boasts a 100% success rate in dealing with these companies.

When it comes to providing cell tower lease consulting and transactional coaching services for landlords, we deliver results.

Tower Genius' Partners in the Media

Mr. Donohue and Mr. Kazella have been interviewed and quoted may times in major publications, magazines, trade journals and local newspapers for their cell tower leasing and infrastructure knowledge. Here is a sampling: 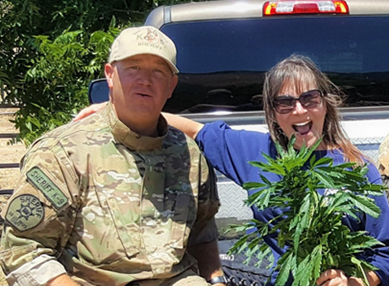 "We only wish we had found these guys first. Tower Genius (formerly AirWave Mgmt) helped us negotiate a rental increase of 65% and a huge signing bonus that more than covered their fees. We are landlords on multiple cell tower leases. This is above and beyond what other cell tower experts were able to achieve, despite our paying them thousands of dollars.

We had a complicated case, but they stuck with us for two years, without pay, until we got a deal with which we were happy.

The rest of this review is going to be rather long, but hopefully you will learn how to profit from our mistakes and not throw away thousands of dollars as we did, on other “experts” before finding these guys.

Why hire TG BEFORE your highly qualified local attorney?

We had initially included our attorney on this case. He’s a good guy. We felt loyalty towards him, he’d previously negotiated for us with another cell tower company. Then we realized we paid him all along the way to learn on the job (five figures) and we’d done a lot of the work ourselves.  After TG got involved, we saw how our attorney was inadvertently weakening this new case and prolonging the negotiations. All the while, the attorney’s bills kept arriving.

Nothing against your attorney, but ask them for documentation showing how many cell site leases they’ve negotiated. Hundreds?  If not, they don’t have the TGs experience. Every negotiation in this field is unique, we’ve been through a few. Unlike your attorney, the TGs have seen it all.

Why Get the TGs BEFORE any other online cell tower consultant attorney?

We paid $1000 upfront to a cell tower lease expert attorney and for that, got little more than consultation from a guy on a car phone on the fly. He guessed that we didn’t have a case. (Turns out we did.) They left us, uh, “Still In The Air.”

TG deals directly with the carriers. You may not even need an attorney involved.

In preparing to write this review, we revisited all our correspondence with TG over the past 2+ years and compared the time they invested, scope and depth of work they did, to that of our attorneys.

Had we paid our attorneys for as many hours, we would have paid in attorney fees ten times what we paid TG …fees that would have been due the attorney regardless of the outcome.
Steve and his team handled everything and dealt directly with the carriers. They are master negotiators. Which is exactly what is needed.

Think about it. Verizon, ATT, T-Mobile, Sprint, these companies have the highest-powered attorneys on retainer. If it’s just about dueling attorney briefs, they will outspend us little guys every time.

Why get the TGs BEFORE any other cell tower consultant?

99% of cell tower consultant websites and 100% of the calls you get from “consultants” are actually cell tower lease acquisition salespeople. They are motivated by commission, and the less that is paid you for your cell tower lease, the more that sales person is paid. We had one “consultant” warn us of the impending death of cell towers, and offered to take our cell leases off our hands before they became worthless. (God bless them for such altruistic spirit.)

Take a look at the remaining 1% of cell tower consultants that are not salespeople. How long have they been around? The Tower Genius guys probably trained them. The New York Times cited Steve as an expert in this young field back in 2010. They recently changed their name to Tower Genius when a new competitor took a similar name, confusing clients. But the guys at Tower Genius have been around and at this a long time. I mean, just look at them.