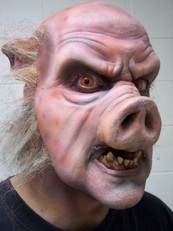 Some cell tower companies are on the leading edge… not from a technical standpoint but from a perspective of finding new ways of taking advantage of landowners.  This is why we refer to them as "Pig Monsters", part greedy Pig and part scary Monster.

While we don't blame any particular cell phone tower company for being capitalists, making their shareholders happy and trying to maximize their profits, and some of these firms are able to balance profitability and ethics, we feel some of them need some improvement in this area. At first a cell tower company will usually seem charming and will promise you the world, when in reality they don’t care about you or your needs at all. Cell phone tower companies are in the vertical real estate business and are not in business for any other reason that to make money, but they could still do so, with giving you a fair market deal if they really wanted to. But unfortunately this usually isn't the case, nobody is going to give you, the cell tower landlord anything or free. This is the case especially with the smaller local cell tower development companies and their site acquisition contractors operating in rural fly-over states, who are not interested in long-term   cell tower management and usually try to flip the site or a portfolio of cell towers to one of the larger publicly traded cell tower management companies in the wireless industry. 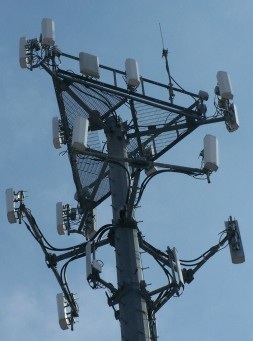 Not All Cell Tower Companies Are Pig Monsters. Some Are Just Weasels.

You see, their cellular tower experts are trained in ways of cleverly negotiating a lease renewal deal where they make you believe that you have really “taken them to the cleaners”.  This is the same tactic where the old time car salesman would have to speak to their manager since you were getting such a great deal, he would need management approval.  The salesman would then go in the back room and come out after drinking a cup of coffee and then present his “final offer”.

If you don’t take the deal the salesman would then say someone else was looking at the car and they could not guarantee the car would be on the lot much longer.  This is the exactly the same as when a cellular carrier or cell tower leasing representative  threatens that they will go down the street to another property, or relocate your cell tower if you don't give them a rent reduction or lock in the cell tower lease amendment at unfavorable terms. And they can be weasels when it comes to paperwork. You really need to keep a close eye on them because they might be successful in sneaking something past you or your attorney if you are not paying attention.

Here's a list of the top 100 cell tower companies in the United States, updated regularly and maintained by the top-notch website and publisher Wireless Estimator.

Don't Ever Expect The Cell Phone Tower Company To Give You Straight Answers.

Here is the truth about the cell tower companies:

•    They came to your property first for a reason. It is either superior for cell tower development from a construction or zoning standpoint or because they already were turned down by your neighbors.

•    The cell tower company can’t claim a financial hardship when they go to the zoning board because their assets total in the billions of dollars and they can't say they turned you down to save a few bucks.

•    They need to have a specific value in the deal to make it worth their while and to appease their Pig Monster Masters back on Wall Street.  But they don’t want you to know the acceptable terms because they want all the money for themselves. Greed is good, remember?

Here is the rule for dealing with cellular tower companies... Call a cell tower leasing coaching and consulting professional to assist you with any and all of your cell site development, or rent valuation questions or worries. Don’t just count on a cell tower attorney to handle these guys over at the cell tower management company. As a property owner and cell tower landlord, the deck of cards is generally always stacked against you.

Sadly, most of the so-called "independent" cell tower consultants in the wireless leasing industry are tied into the carriers and tower companies and are in bed with them one way or another. Half of them have never leased or developed a single cell site and at best worked as a rent reduction order managers for one of the 3 Californian "lease optimization" companies, or cell tower lease buyout firms. If you are a wireless landlord going up against the cell phone tower company to work out a deal, you are truly at a significant disadvantage in most lease negotiations.

Who are you going to call? Would you call a dogcatcher to catch a werewolf?  No, you would call a Monster Hunter.   So call us at Tower Genius, we are the leading Pig Monster tamers in the wireless lease consulting business.  A call to Tower Genius at 1-888-313-9750  could save you tens of thousands of dollars, don’t wait until it’s too late.

Need help with the Cell Tower Companies? Contact us.