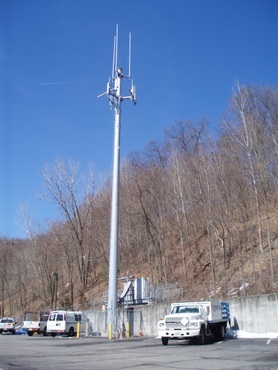 Tower Genius LLC provides cell tower land lease review consultations and negotiation transactional coaching services for property owners and building landlords across the United States. We are independent wireless telecommunications lease consulting professionals who have several decades - over 50 years - of combined cell tower industry experience. Nobody in the industry has our depth of experience. We can help you with:

What Is My Land Lease Worth?

A property owner called us one day. He had inherited a cell tower on a farm property. The carrier had a ground lease for equipment space and had placed antennas on a grain silo. They were only paying the farmer about $400 monthly, and he was happy with the rent he was receiving at the time. In the meantime the surrounding farmland was developed, and the farm was surrounded by valuable residential homes, and the only property that was grandfathered for cell sites was the farm. When it came time to renew the lease, after two years of negotiation, the farmer's son was able to double the rent to $800/month.  Unfortunately this gentleman did not contact Tower Genius prior to signing the deal. When we asked him how he wound up with this low amount of rent, he said that the carrier, a household name, kept telling him "no" for the price he was asking for, and provided his with "comparable data". In laymen's terms, they gave him a list of other cell tower landlords that they had ripped off with low-ball offers.

The take-away from this should be, always remember, the carriers don't represent your best interests.

What are cell tower ground lease land values? That is the million dollar question. We discuss this in depth and answer dozens of related questions on our blogs. In a nutshell, we need to consider the location or proposed of the cell tower, the availability of alternate sites, access to power, telco and fiberoptic as well as access, topography and zoning regulations. Is the tower being developed by a mid sized cell tower developer like Horvath Towers, Tillman Infrastructure or Hemphill Towers, or is it a much larger tower developer who is willing to offer you a slightly better deal?  Do you have an existing cell tower that was acquired by one of the big 3: Crown Castle, American Tower or SBA Communications, and are they asking you for additional expansion space to accommodate a new carrier tenant?

Rule #1: If anyone is trying to obtain additional ground space for cell tower development or expansion, the values are NOT calculated on a square foot basis. If you have questions about cell tower land lease values, you should not base a negotiation on a hunch.

Rule #2: Is the cell tower manager or cell tower site acquisition leasing agent of representative trying to put doubt in your mind that you should steer clear of a cell tower consultant and try to deal with an attorney instead, since they are more sophisticated that a "greedy cell tower consultant"? That should be a red flag, but it's typical feedback we get from our clients being fed to them by the cell tower companies. They would rather have you talking to your family attorney of thirty years who probably knows nothing about cell towers, than to have you speaking to a wireless industry insider and expert.

Rule #3: Call Tower Genius at 1-888-313-9750. There are a lot of complexities to these deals and each proposal needs to be looked at on a site by site basis. Cell tower lease rate comps? They mean nothing, throw them out the window. Don't leave anything to chance with you cell tower land lease.

Don't Get Burned On Your Cell Tower Land Lease.

When a wireless carrier or tower company builds a cell tower they will need to negotiate a ground lease or land lease with you. Make sure you don't get burned in the negotiation process. There are critical factors involved with successfully negotiating a cell tower lease agreement. It's a poker game and a chess game at the same time, and you don't want to show them your cards too early, and you also may need to call their bluff. Since there are so many moving parts in these types of cell tower ground lease proposals, and changing technologies in the news, it's easy to be overwhelmed and have tons of questions. We can help guide you with our wireless lease coaching and consulting services.

The most important factor in being able to maximize the value of the tower lease is determining exactly how much leverage you have in the negotiation.  If you are the best or only viable site that the carriers can select due to topography, elevation, line of site, zoning limitations, historical or environmental reasons, then you have the opportunity to craft the deal in a way to benefit you, the landowner.

Additionally, if you were able to control the ground space during the initial negotiation, if a second or third carrier subleases tower space, the carrier will need to negotiate a separate ground lease with you.  And this is precisely why it is crucial to talk to a wireless leasing professional to help you to make that determination.